Achilles Slot, released by Jelly on March 31st 2022 and developed by a the team of Yggdrasil Gaming. Our review gives a complete picture of the game’s functionality, offering users an opportunity to experience it firsthand.

Achilles is an action-packed 20 line 5×3 video slot that takes you all the way back to ancient Greece, with exciting features on your journey to winnings. Achilles slot has several features that can be triggered randomly on any spin – including free spins! 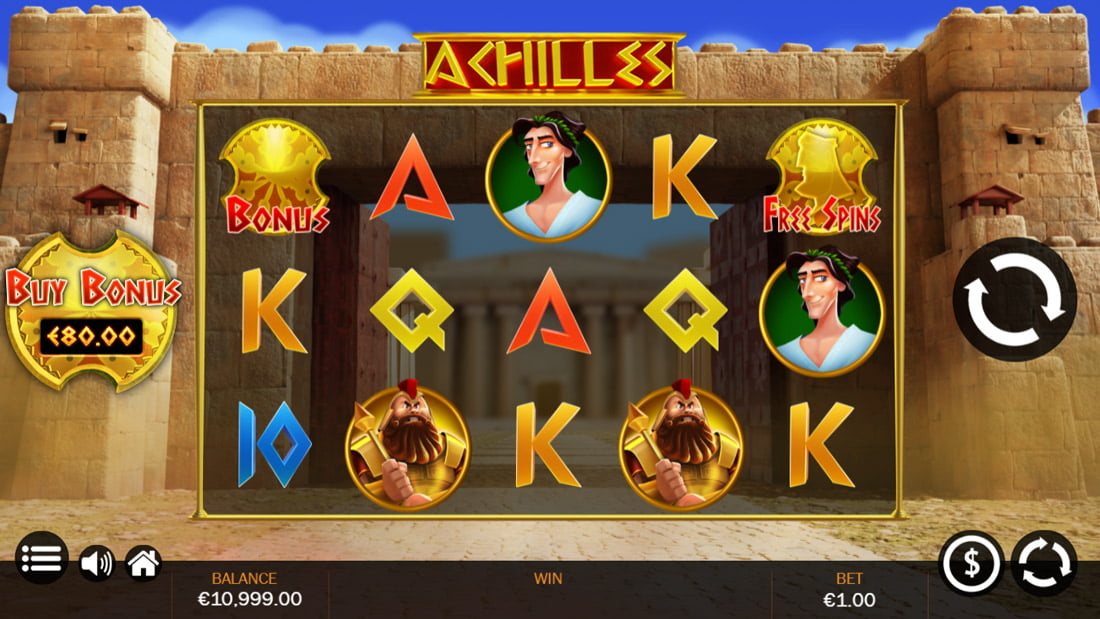 Three Bonus Symbols trigger a bonus round. The Bonus Symbol on reel 5 determines which of the three possible bonuses is activated. The Achilles symbol, the highest-paying one in the game, pays 4,000 coins for a five-of-a kind. It is also wild and can be used to make additional winning combinations by substituting itself with other symbols

The Achilles modifier can occasionally reveal a mystery prize behind one of the Six shields.

In Achilles slot, Agamemnon commands his troops to build an empire. The player chooses which lands the army should conquer; each successful battle earns a cash prize but losses may be incurred at times as well. It’s your job to keep those treasures safe!

Greeks sneak into the Trojan Horse to claim cash prizes. Once a certain number of Greeks are in, someone pulls up the ladder and it coasts through Troy’s gates unharmed.

The Agamemnon modifier triggers on any spin, and causes the reels to be filled with Wilds that span a full column.

The Helen modifier can be triggered on any spin. When activated, it causes Helen to spray her perfume over the reels – creating supersize symbols that are either 2×2 or 3×3 in size.